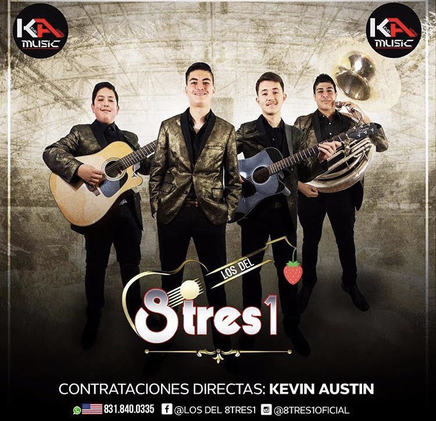 ​    The music group known as “8tres1” finished their first performance at school as part of the dance known as “La Noche del Aguila”. The dance was completely student orchestrated as part of the club, “Aguilas Guerreras”. The turnout for the dance was according to club members, “more than expected” and was definitely influenced by the student performers.
Their members include students Leo Lomeli ('19), Alejandro Ahumada Nunez ('18), and Jaime Ortiz ('18). Lomeli recalls, "This all started as a hobby with my friend Jaime and Alejandro,” and continued, “This has become something serious for me because I’m having fun doing what I do.” Not only is this a huge passion for Lomeli, but he is also excited about the revenue he is making for his future. “[I am] Getting cash on the side which will benefit me in saving money to go to college.” In the end, what started as a simple hobby for these boys turned into acclaim and excitement throughout the community, as well as a new hope for their future.